A Journey into Israel

This revelatory tour of Israel begins in the cosmopolitan city of Tel Aviv with its delightful setting on the Mediterranean coast! 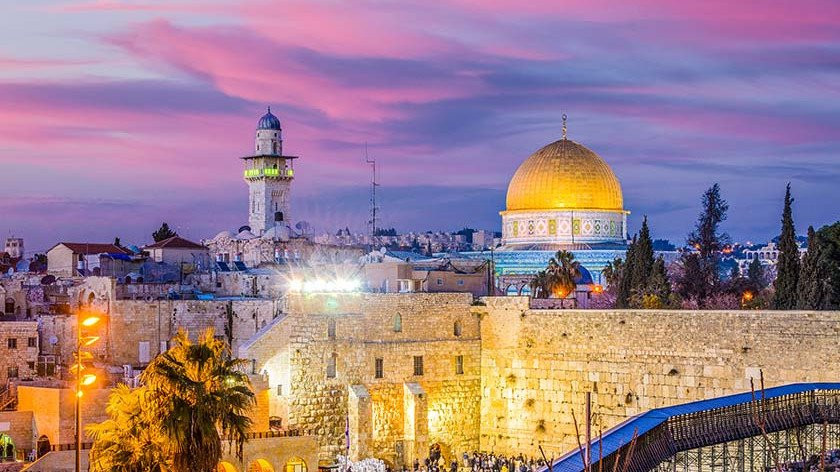 Fly to Tel Aviv and transfer to the 4-star Prima City Tel Aviv Hotel (3Q) for a two-night stay.

Israel’s second largest city and commercial powerhouse, Tel Aviv is often compared to such cosmopolitan cities as New York and Barcelona, but it’s the unique fusion of cultures, ethnicities and history that make it so arresting. The main tree-lined avenue, Rothschild Boulevard, runs like a green river through the city where glossy skyscrapers dwarf 1930s Bauhaus architecture. At night, many locals head to the beach to unwind and enjoy views of the Mediterranean. You’ll find plenty of bars and restaurants along the seafront which is the best place to feel the pulse of ‘The City that Never Sleeps’.

Begin your half-day tour of Tel Aviv with a visit to the 4,000-year-old port city of Jaffa.

Many Jewish immigrants settled here causing overpopulation, giving rise to Tel Aviv in 1909. As the new suburb blossomed into a city though, Jaffa fell into disrepair but has since been regenerated. Its cobblestone streets and archways lend it a medieval atmosphere while attractions such as its galleries and flea market give it a bohemian edge.

Next, experience the hustle and bustle of the open-air Carmel Market where a staggering array of stalls are packed high with exotic fruits, vegetables and spices, providing a veritable feast for the senses! You'll also see the UNESCO-listed White City, so called for its white Bauhaus buildings, and visit the Neve Tzedek – or the artist's quarter – which was the first suburb to be built outside of Jaffa in 1887 and where you can admire beautifully-restored houses.

Today, travel along the coast to ancient Caesarea, the capital of Judea in AD 6.

By the 14th century, shifting sands had laid claim to one of antiquity’s greatest ports. Careful excavation since the 1950s has slowly revealed the magnificent coastal ruins, which encompass a Roman aqueduct straddling the shoreline and an amphitheatre, as well as a ruined Crusader city which Richard the Lionheart once ruled. Continue to hilltop Tzipori, another important archaeological site which has an amazing water channel and 4,500-seat theatre. It is best known for its fine collection of mosaics, most notably the ‘Mona Lisa of Galilee’ which dates from the third century.

Continue to Israel's largest Arab city, Nazareth, and visit the modern Church of the Annunciation and Mary's Well, where according to tradition, Mary was visited by the Angel Gabriel.

The Sea of Galilee is an important pilgrimage site as Jesus is said to have spent much of his early ministry here and today’s tour promises to be a rewarding journey as you can see firsthand some well-known places mentioned in the Bible.

Begin the day with a short boat trip across the tranquil waters of Israel’s largest freshwater lake where Jesus is believed to have walked on water. You’ll disembark in Capernaum, where it’s told that Jesus preached and stayed in Peter’s house, to visit the ruins of a second-century synagogue. Also visit Mount of the Beatitudes where Jesus delivered the 'Sermon on the Mount' before a scenic drive along the Israeli-occupied Golan Heights, a spectacular rocky plateau which marks Israel’s northeastern border. See the former Syrian bunkers and visit the town of Katzrin. Your journey ends with a tour of a Golan winery and the chance to taste locally-produced wine.

Return to your hotel for dinner.

This morning, learn about the kibbutz movement, traditionally communal farming settlements that have diversified into capitalist enterprises.

There are now around 270 kibbutzim and a visit to one offers an eye-opening look at what modern day-to-day life is like for its members. Also visit Qumran to see the caves where the oldest known biblical manuscripts in existence, the Dead Sea Scrolls, were found between 1947 and 1956. Continue along the shores of the Dead Sea to visit Masada. Enjoy a scenic cable-car ride to the top of the plateau and visit the UNESCO-listed ruins of the palace complex that was built by Herod the Great, King of Judaea. This symbolic site, which overlooks the Judaean Desert, is where 960 Jewish Zealots chose to end their lives rather than surrender to the Romans in the year 73 BC. Next, drive through the Judaean Desert to the Dead Sea which, at 400 metres below sea level, is the lowest point on Earth. If you like, take a float in the therapeutic waters said to be ten times saltier than any other sea!

Then journey along the Jordan Valley to Jerusalem (182 miles, four hours) for a three-night stay at the 3-star+ Prima Park Hotel (3Q).

Explore the new side of Jerusalem today, beginning with a walk along the Avenue of the Righteous to visit the incredibly moving Yad Vashem Holocaust Museum.

Continue past the Knesset, Israel’s Parliament Building and the Supreme Court, before visiting the Israel Museum, home to the fascinating Dead Sea Scrolls. In Jerusalem’s bustling souk, Machne Yehuda Market, you can shop alongside locals before travelling into the heart of Bethlehem within the Palestinian Authority where you’ll visit the bustling Manger Square.

You'll return to your hotel for dinner.

Today's tour ventures up the Mount of Olives, where spectacular views of Jerusalem can be enjoyed.

See the teardrop-shaped Church of Dominus Flevit and stroll through the Garden of Gethsemane, where Jesus prayed with his disciples before his crucifixion. Enter the Old City through Kidron Valley to see one of the most important religious sites in Jerusalem, Temple Mount, which is crowned by the golden-roofed Dome of the Rock. See the sacred ‘Wailing Wall’ and experience the timeless atmosphere in the restored Jewish Quarter with a walk along the pillar-lined Cardo – the main street of Jerusalem during the time of Jesus. Pass through St Stephen's Gate and see the 12th-century Church of St Anne. Continue to Pontius Pilate’s Judgment Hall at the Antonia Fortress and see the Lithostrotos, upon which Jesus was tried. Walk along the narrow Via Dolorosa, said to be the path Jesus took on the way to his crucifixion and cross into the Christian Quarter to visit the Church of the Holy Sepulchre, which has been identified as the place of the crucifixion and tomb of Jesus.

Enjoy the morning at leisure. This afternoon travel to Tel Aviv (31 miles, 40 minutes) for your flight back to the UK

When can I go?

This offer is based on departing 9th October 2022. For alternative dates or airports, please speak to your Personal Travel Consultant.

Ready to book your Israel adventure? Get in touch with your Personal Travel Consultant today!

Subject to terms and conditions, and availability. Prices subject to change, correct at time of publishing. 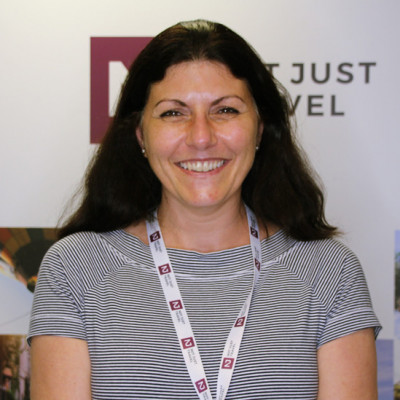